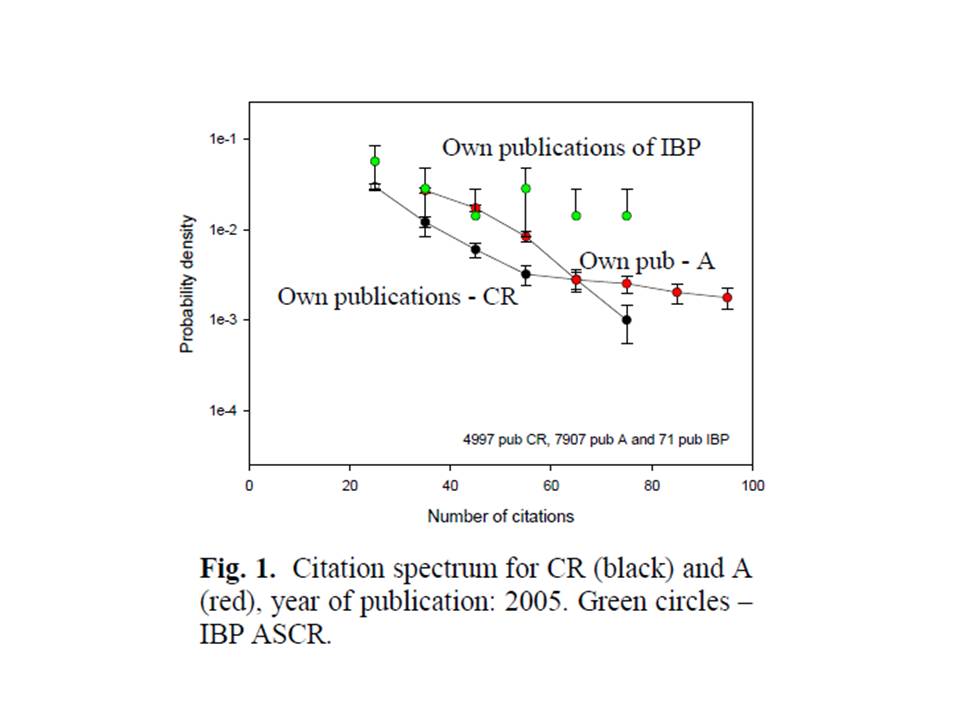 Citation spectra for key publications of the Czech Republic (CR, black circles) and Austria (A, red circles), for 2005-2006, are shown in Fig. 1 and 2. It is clear from these figures that the number of publications with the given number of citations is higher for Austria as compared to the Czech Republic. Owing to large numbers of publications, the standard deviations for smaller citations frequencies are very narrow. The differences between CR and A are, however, evident also for the region around 100 citations per publication. The green circles represent IBP, where the probability densities for higher number of citations could not be calculated. In spite of it, the plots show that IBP has much higher citation frequencies as compared to the average of CR and similar or higher citation frequencies in comparison to the average of Austria, particularly in the region of highly cited publications (50-80 citations). In this region the numbers of publications are 1-2, which means that the statistical errors are very high. The mentioned result is, however, confirmed for both years investigated. 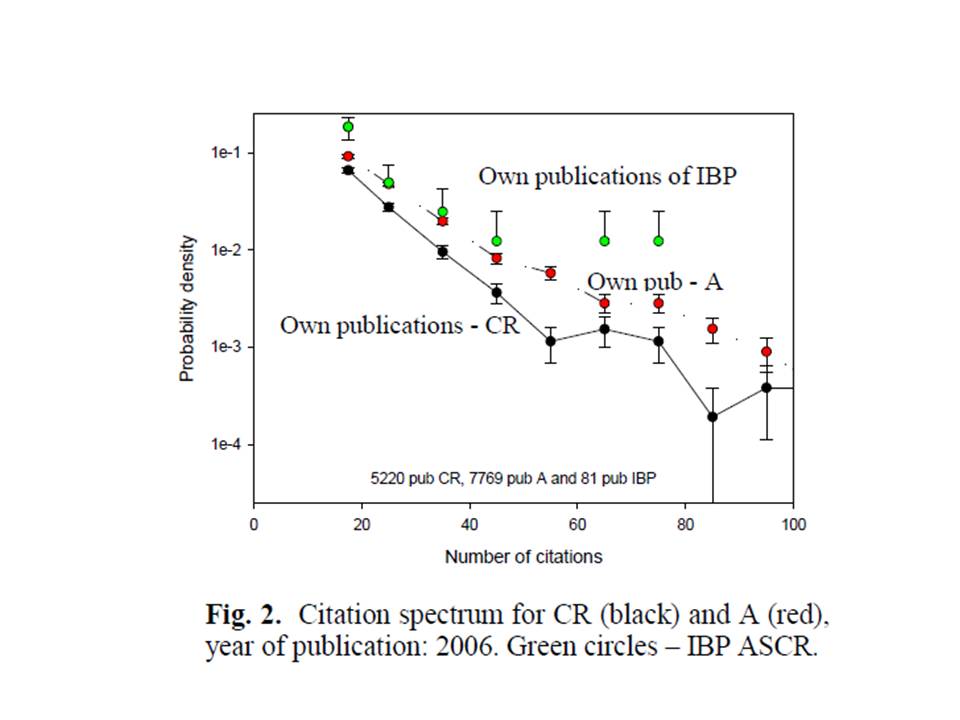